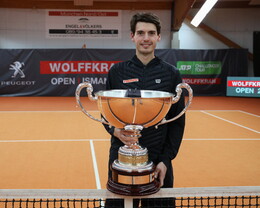 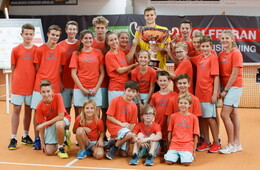 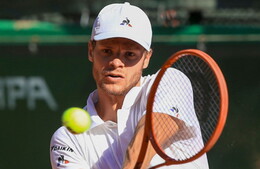 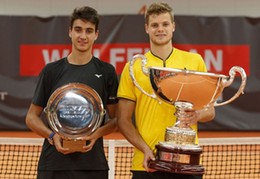 The 32-man-draw has been whittled down to the final four at the €43,000 Wolffkran Open, as two Italian and two German players will compete in Saturday’s semi-finals at the Sportpark Ismaning.

Second seed Dustin Brown, the highest ranked player left in the singles main draw, defeated Polish qualifier Hubert Hurkacz 6-4, 6-3. The 32-year-old from Celle saved all three break points he faced, converting two of his own to advance in one hour and nine minutes.

In his first semi-final at ATP Challenger-level since the Aegon Surbiton Trophy in June, Brown will face fellow German Yannick Hanfmann, who eased past Tristan Lamasine of France 6-1, 6-2.

Earlier in the day, Matteo Donati emerged victorious from the all-Italian-encounter with fifth seed Salvatore Caruso 7-5, 6-3. The 22-year-old from Alessandria struck 12 aces, winning 72 per cent of his first service points to seal victory in one hour and 28 minutes.

Donati will next play his in-form compatriot Lorenzo Sonego, who clinched his maiden Challenger title in Ortisei last Sunday. Sonego rallied from a set down to overcome local favourite Daniel Masur 3-6, 6-4, 6-4. The World No. 265 from Torino won 89 of the 173 total points played to prevail after one hour and 53 minutes. Sonego beat Donati exactly one week ago, winning two tie-breaks in the semis of the Val Gardena Challenger.

Germany not only welcomed a new ATP Challenger Tour event this week in Ismaning, but an all-time great paid a visit to the tournament, too.

Boris Becker, the new Head of Men's Tennis for the German Federation, visited Ismaning for a press conference earlier this week to discuss the future of tennis in his native Germany, and the importance of a Challenger event like the inaugural Wolffkran Open in developing talent.

“We now have eight players among the Top 100 and players who are also capable of reaching the second round of Grand Slams,” said Becker, who was joined by German Davis Cup captain Michael Kohlmann, tournament director Dr. Peter Aurnhammer and the event’s third seed, Yannick Hanfmann. “As Head of Men Tennis, it is now my job for our players to be able to regularly access the services they need.”

Becker got to see plenty of German talent at the nation’s seventh Challenger event, with 12 players from the country competing in the main draw. Germany's Dustin Brown is the top-ranked player in the event at No. 124 in the Emirates ATP Rankings. All the players have enjoyed the tournament in its debut.

"I'm really happy with this tournament,” Hanfmann said. “Besides my home court advantage, the whole organisation of the event is really great. We have two practice courts, great hospitality - including shuttles and a nice hotel very close to the courts. The whole organisation team is professional, helpful and very friendly."

The tournament is being hosted by Tennis Club Ismaning, which is located in Bavaria, just north of Munich. It is the third largest tennis club in Bavaria with 15 clay courts and six indoor carpet courts. The winner of the carpet-court Wolffkran Open will earn €6,190 and 80 Emirates ATP Ranking points. 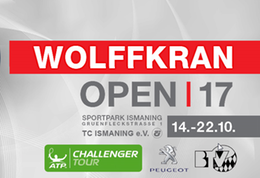 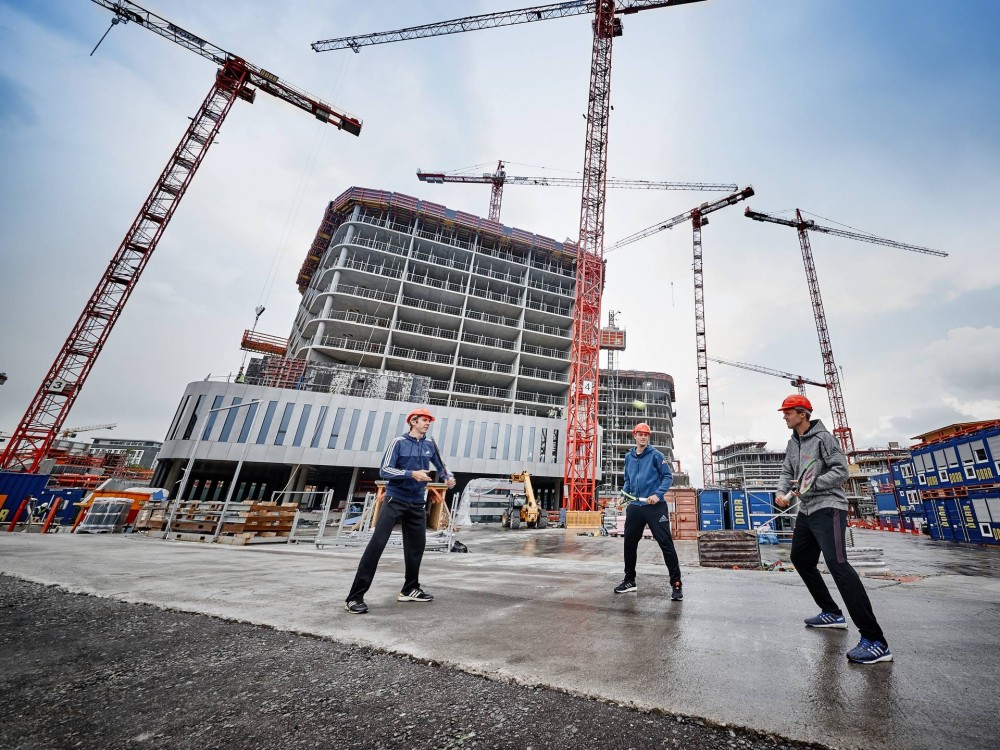 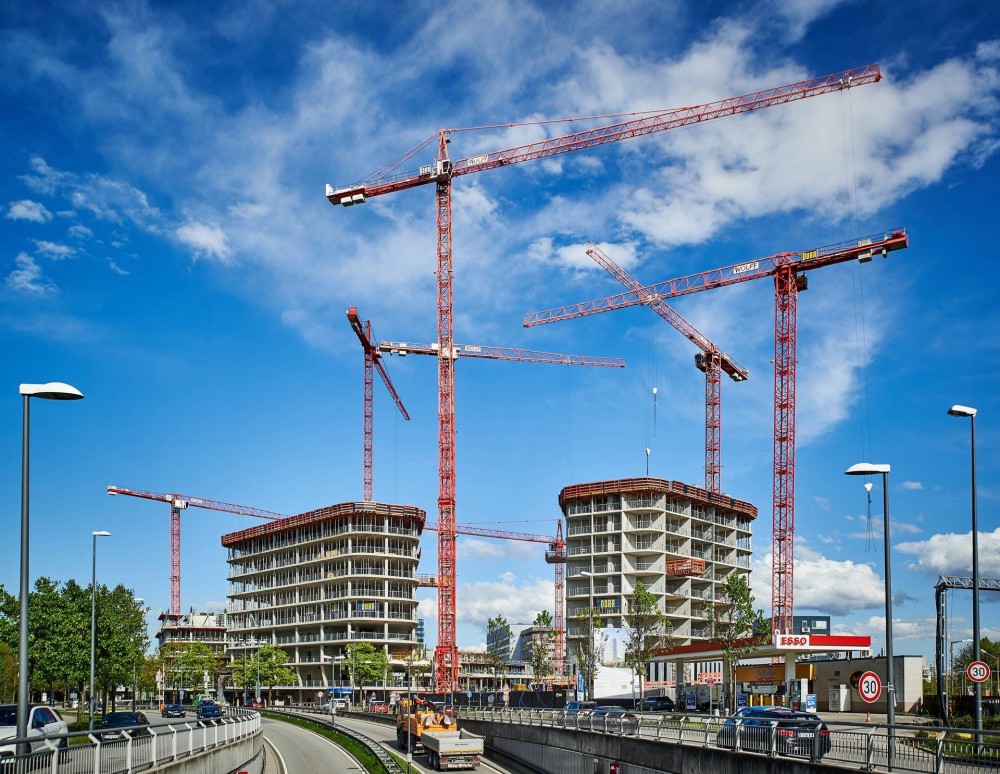 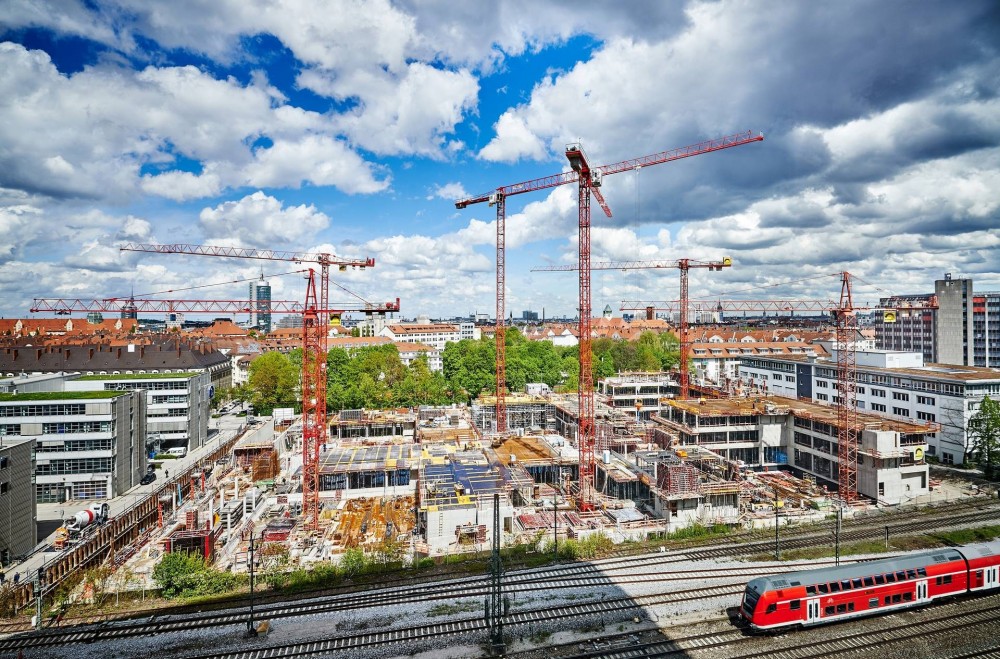 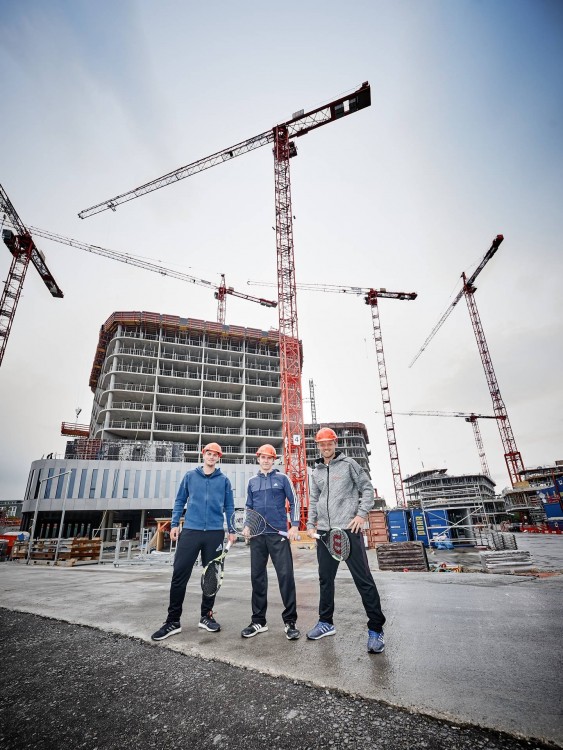 Only four days after the end of the BMW Open by FWU in Munich a new international tennis tournament in Bavaria has been launched. The Bavarian Tennis Federation (BTV) announced Thursday at the TennisBase Oberhaching enhancements to the ATP Challenger indoor swing in Germany this autumn.

The BTV will organize the WOLFFKRAN Open held at the Sportpark Ismaning from 14 to 22 October 2017. The tournament will feature a 32-draw singles event and a 16-draw doubles event, with total prize money of €43,000.

“The total financial commitment will be about €100,000 to €150,000,” explained Peter Aurnhammer, vice-president of the BTV and the event’s designated tournament director. “For the last two years we had organized an ITF combined event in Ismaning but it was not subject of great interest neither for the public nor for the media.” The champion of the new tournament will take away €6,190 in prize money as well as 80 ATP Ranking points.

To overcome the financial hurdle in order to upgrade the event, the federation has started a three-year-co-operation with crane construction company WOLFFKRAN. With a rental fleet of approximately 700 tower cranes WOLFFKRAN is among the major providers in this area of business. The company with about 800 employees worldwide is headquartered in Switzerland but also has one branch office in Munich, putting the sponsoring commitment into a local context.

“We are very pleased with this new co-operation. We recognized early that we have similar objectives,” Helmut Schmidbauer, president of the BTV told.

The inaugural edition of the WOLFFKRAN Open will be part of a three-week indoor swing, starting with the Dittelbrunn Open in Hambach. The $15,000 ITF Pro Cirucit will be followed by the $15,000 Futures Daikin Open in Oberhaching and the WOLFFKRAN Open. After one week off the series will end with the Bauer Watertechnology Cup, an ATP Challenger held at the House of Sports in Eckental.

“In the future we would like to fill the gap as well,” Schmidbauer told but added that this is not going to happen this year but maybe in 2018.

The venue of the Tennis Club Ismaning provides six indoor courts but there was only one problem with the surface. “We are going to play on carpet,” Auernhammer revealed. “The ATP sets high requirements in order to execute a tournament like this and this fact became a debatable term. In the end, however, we got the go-ahaed in March this year.”

The WOLFFKRAN Open will be the only ATP Challenger event held on European soil during this week. This might had helped the organizers to convince the ATP, which normally does not favour this type of surface. In recent years a couple of tournaments held on carpet have been urged by the men’s international tennis body to switch their surface to hard courts.

“Our centre court will have a seating capacity of about 800 places and we would like to welcome more than 5,000 spectators during the nine days of tennis action,” Auernhammer stated and added that side events will also be part of the entertainment. A ticket for the entire week will be priced at about €60 to €70. A day ticket will be sold for approximately €20. “The admission fee should be affordable for everyone,” the BTV vice-president said.

Of course it is still to early to talk about player commitments but one player is omnipresent at the tournament’s official poster: Dustin Brown.

“We spoke with Dustin and he told us that he would like to enter the main draw of the ATP 250 Stockholm Open taking place the same week. But he added that if his ranking does not allow him to play in Sweden, he will come to Ismaning,” Schmidbauer said.

For sure local players will play a central role when it comes down to players competing in the event. Daniel Masur, currently ranked on a career World No. 208 is a member of the TennisBase Oberhaching and is looking forward to the WOLFFKRAN Open.

“It’s always great to play in front of your home crowd getting a lot of support during the matches. I enjoyed it a lot during the BMW Open last week in Munich. It is also very nice and comfortable to play tournaments in Germany without having to travel long distances,” the 22-year-old told. He is going to compete in the qualifying to Heilbronn’s NeckarCup next weekend.

Only seven ATP Challengers are going to take place in Germany this year. The country with the largest national tennis federation in the world continues to lag behind other nations in terms of organizing tournaments at lower level. With the Franken Challenge in Fürth, one of the most traditional ones worldwide, had to announce the cancellation of its 2017 edition due to lack of financial ressources.

“That really hurts,” Schmidbauer said. “We are in touch with the organizers in Fürth as well as a couple of sponsors. We are confident to put the tournament back on the ATP Challenger calendar in 2018.”

To establish an indoor swing featuring four successive weeks of international tennis competition in Bavaria can only be considered as a step into the right direction. 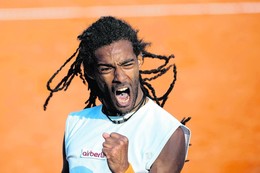