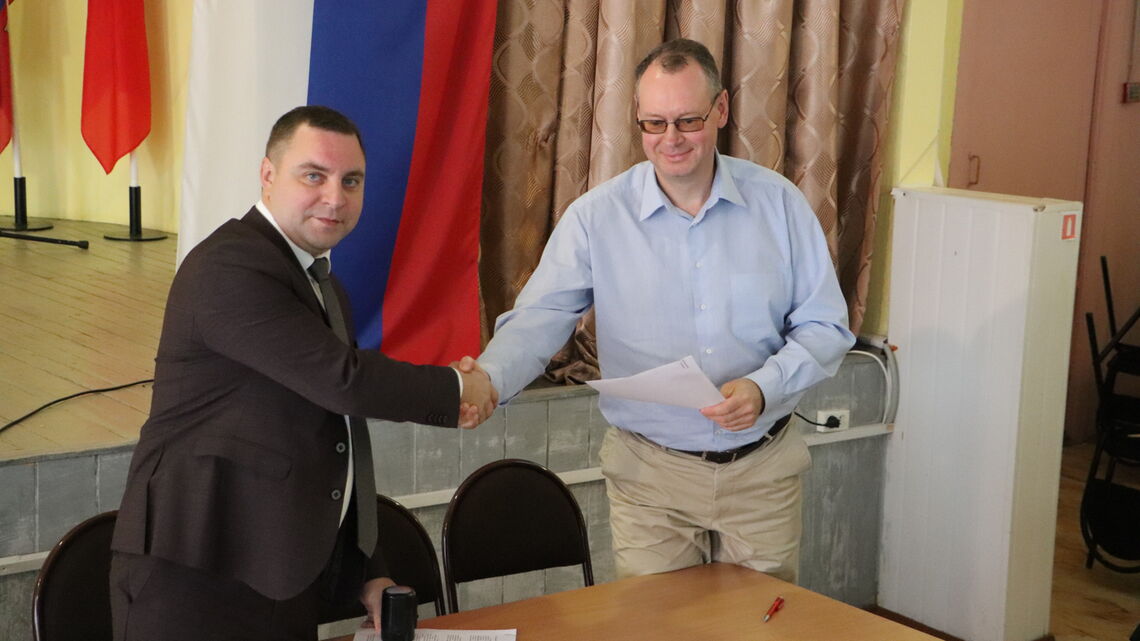 Nearly two years ago, WOLFFKRAN ventured east to the Russian city of Lukhovitsy, 135 kilometers southeast of Moscow, to open a new production facility. Since then, all signs are pointing toward growth. Investment is being made not only in technical infrastructure and personnel, but also in the development of the region’s next generation of specialists. Recently, the crane manufacturer secured a partnership with a vocational school in the region.

Currently, 21 young adults are training to become welders at the Zaraysk branch of the Lukhovitsy Technical School. At the beginning of the new school year, WOLFFKRAN officially signed a partnership with the school to foster the education of the welding program students. Besides providing a WOLFFKRAN Welding Engineer who will regularly accompany the hands-on instruction at the school, WOLFFKRAN will also offer the prospective welders the opportunity to complete on-the-job training at its own production facility. Upon signing the contract mid-September, Alexey Savinskiy, General Director of OOO WOLFFKRAN, also presented the school with a welding machine for the practical training. “WOLFFKRAN has established itself in this region, and we are most pleased to be able to give young people an opportunity for education and long-term career prospects,” says Savinskiy. “We are also happy to do something about the local shortage of skilled labor in this way.”

Investment in the region

At the end of 2019, the first shipment of corner posts for WOLFF tower elements left the production hall in Lukhovitsy. While initially 22 employees worked at the factory, WOLFFKRAN has since invested considerably in its Russian facility. Today, not only corner posts but also entire cross frames are manufactured in the 38,000 m2 site, providing jobs for more than 40 people, including Welding and Steel Construction Specialists as well as professionals in Administration and Quality Assurance. “At this point in time, we manufacture exclusively for the WOLFFKRAN Production Plant in Brandenburg, so all manufacturing staff are certified according to EN ISO 9606 and EN ISO 15614,” explains Savinskiy. “We further train all new production staff in our own training workshop for several weeks.”

Successful through the Corona virus crisis

The training also includes an active exchange program with colleagues in Germany. Until the Corona virus pandemic made travel impossible, Welding Engineers from Brandenburg and Heilbronn regularly visited the factory in Lukhovitsy, while Welders from Russia traveled to Germany for training. “At the moment, we’re trying to make up for the missing exchange program with video trainings,” says Savinskiy. Aside from the suspension of travel, the Russian plant has weathered the Corona virus crisis very well so far. “We are currently operating at full capacity with strict hygiene measures. Even during the legally mandated closure from the end of March through mid-May, we continued to pay all employees their full salaries,” says Savinskiy. “We of course hope to soon be able to reengage in the tight-knit teamwork with our German colleagues.”

WOLFF made in Russia

A teamwork that will take on more meaning in the future, as WOLFFKRAN Russia plans to grow further. “Very soon, the bulk of the corner post range, more types of cross frames, and later, entire WOLFF tower elements will come from Lukhovitsy,” Ralf-Dieter Koch, COO of WOLFFKRAN, shares his outlook. “Eventually, we would like to build entire WOLFF cranes in Russia and serve the Russian market with our products and services,” says Koch.