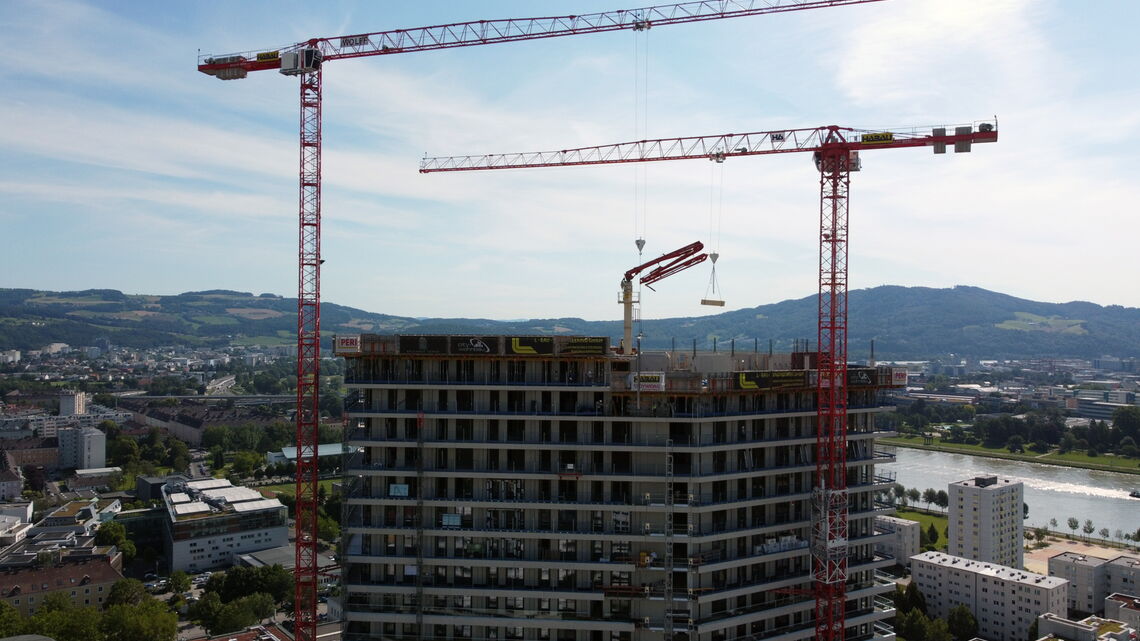 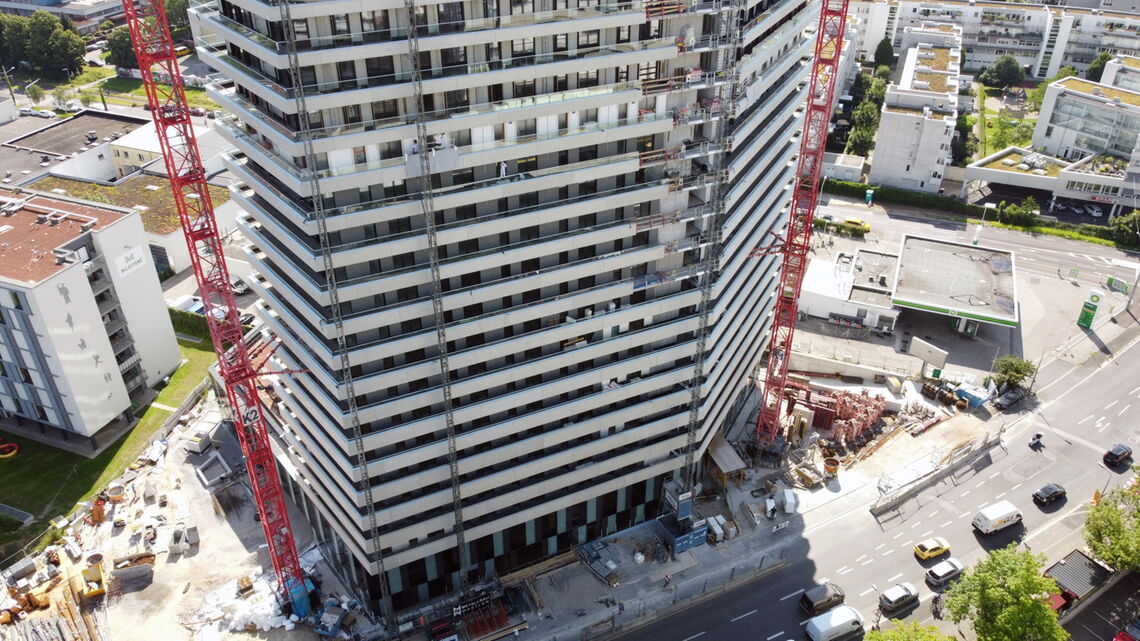 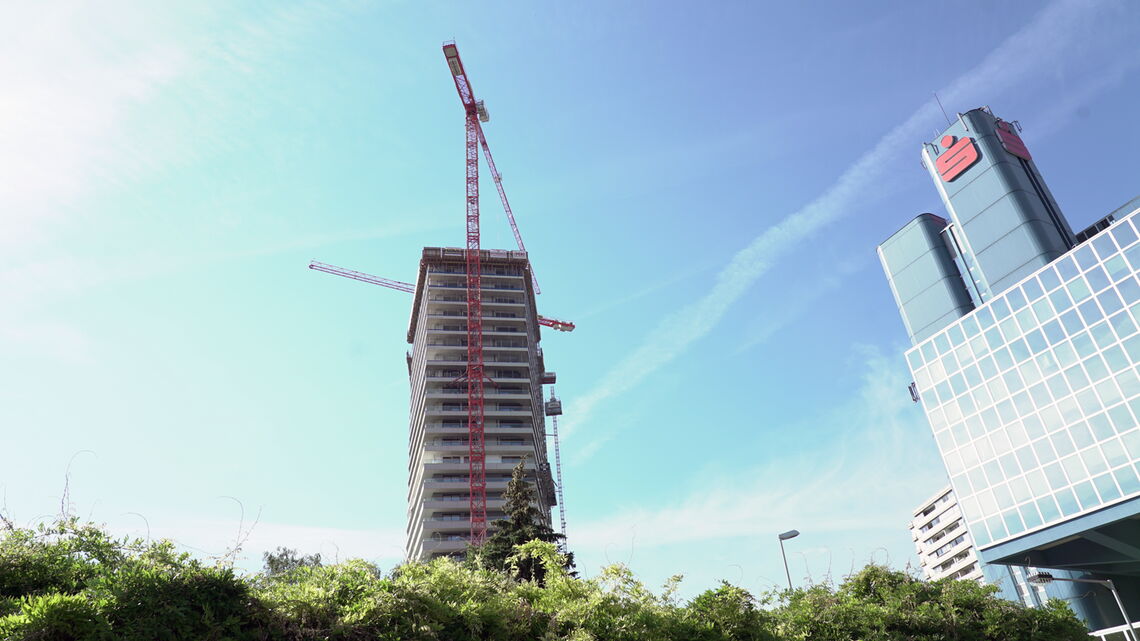 It's not just in North America and Asia where the growing demand for urban housing is being met through the construction of high-rise apartment buildings. The city of Linz in Austria is also getting in on the trend. By 2025, six new skyscrapers will rise skywards in the city on the Danube. One of them is the Bruckner Tower, featuring 356 apartments across 31 floors, along with a school and a nursery. Austrian contractor HABAU Hoch- und Tiefbaugesellschaft commissioned three WOLFF Clear cranes to erect the 98-meter structure.

Two of the three red giants currently dominate the skyline of Linz’s Urfahr district. With impressive tower heights of 120.4 meters and 131.6 meters respectively, the two flat top WOLFF 6031.12 Clear cranes are exceeded only by the Linz Cathedral. Not surprisingly since the Bruckner Tower will become the city’s third-tallest building upon completion in 2021.

Because the construction site is in a high-traffic zone and local authority regulations prohibited the closing of the surrounding street, the two flat top cranes had to be assembled on the site itself using a 160-ton mobile crane. The WOLFFKRAN team fitted both cranes with the space-saving TV 20 tower system with a dimension of only 2 x 2 meters. Both WOLFF cranes were climbed to their final heights in just two stages. “Thanks to their design, the two WOLFF cranes only needed to be tied to the building twice despite their slender dimensions and considerable tower heights,” explains WOLFFKRAN Austria Sales Director Istok Kutos. “This not only lowers costs, but also ensure that the flow of construction is disrupted as little as possible, which makes the crane concept especially efficient for the customer.” A last-minute structural change also required a switch in the jib length of the two cranes, which WOLFFKRAN responded to flexibly.

Up to mid-2019, a third WOLFF 6031.12 Clear with a 46.5-meter hook height was in use at the site for the construction of the school’s gymnasium. The other two cranes will remain on the site through the end of 2020 primarily for in-situ concrete work.

More than just a crane

HABAU already benefited from WOLFFKRAN’s vast experience in high-rise projects even before construction began. “Our engineers were involved in the planning of the building and supported the process with expert advice and technical drawings,” says Kutos.

WOLFFKRAN customer HABAU boasts a pack of 16 WOLFF cranes. The family-owned company and WOLFFKRAN Austria have been partners for many years and successfully completed many projects together. Recent examples include the housing and hotel complex at the Vienna Belvedere and the new “Ensemble” development on the Erdberger Lände grounds in Vienna, for which nine WOLFF cranes were used.

“The Ensemble”: A ninefold WOLFF line-up in Vienna