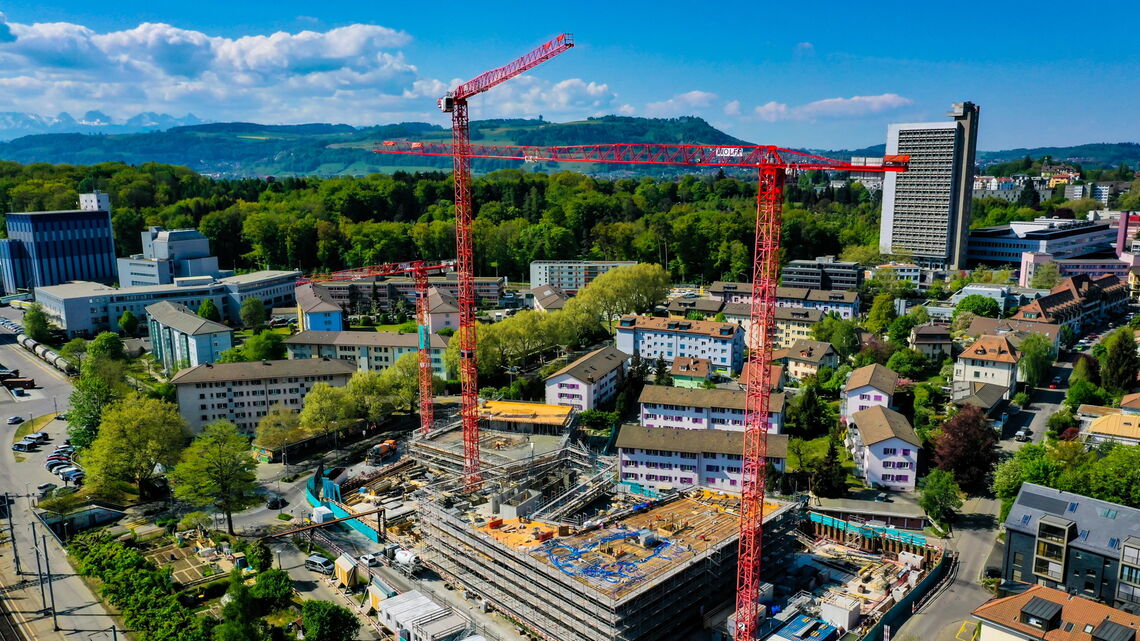 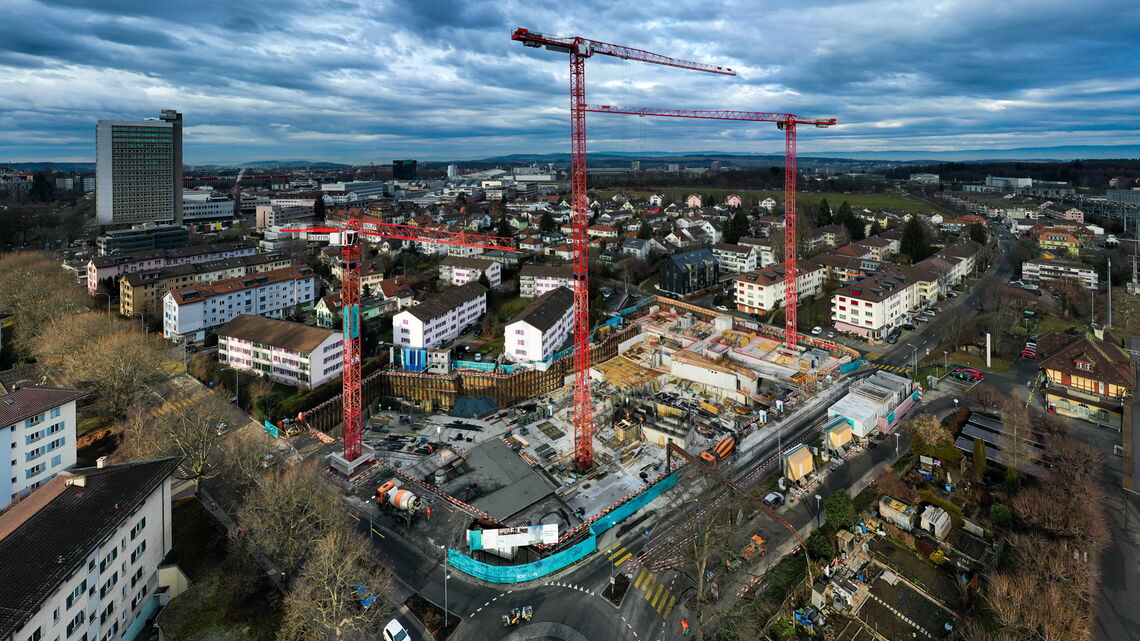 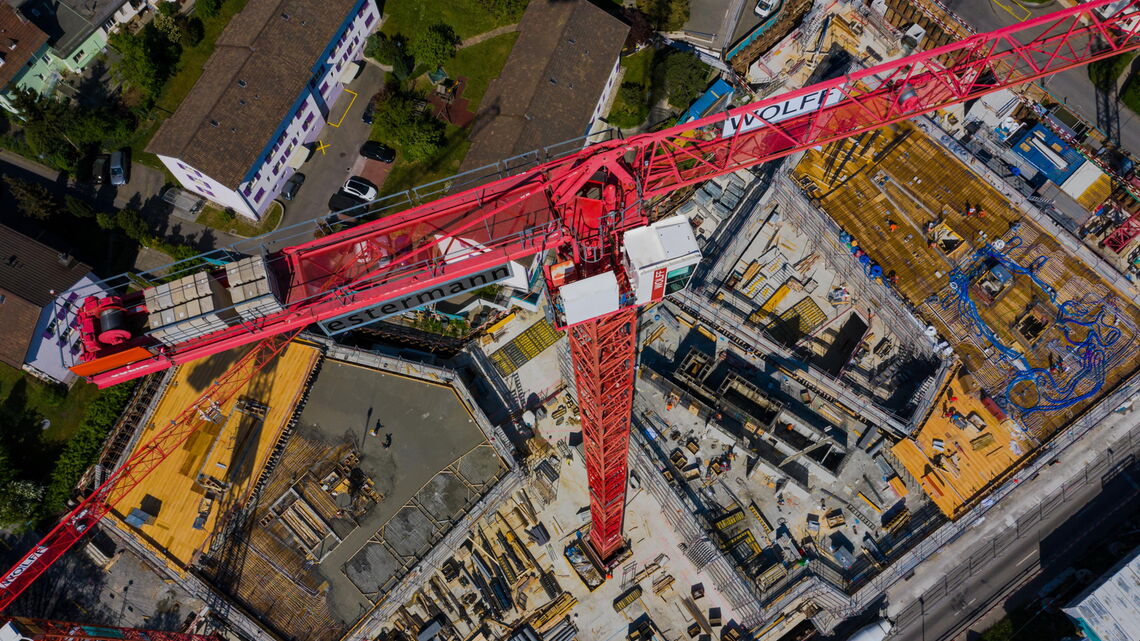 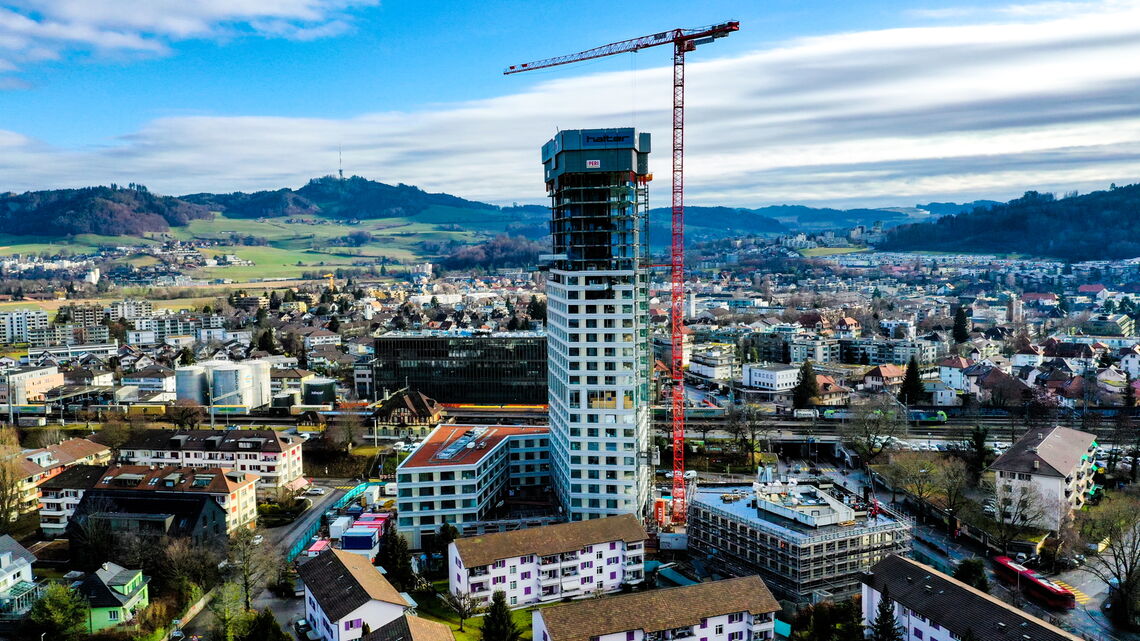 Of wolves and bears – Three WOLFF Cranes at the BäreTower

Ostermundigen – May 2021. Its name is reminiscent of the historic Bären (Bear’s) Inn, which has been an institution in the Swiss municipality of Ostermundigen for over 100 years. The new BäreTower will now rise in the same location. The 100-meter-high building will provide 152 rental apartments, a hotel and a medical center offering grand views of the Swiss Alps. It will also be home to a new panoramic restaurant serving more refined versions of the dishes to be had at the original inn. Contractor Estermann AG rented three flattop WOLFF Clear Cranes for the project.

Teamwork during the planning phase

In particular the location of the construction site near the Bern-Belp Airport had a significant impact on the crane concept. The planning team opted for WOLFF Clear Cranes, due to their lower assembly heights and easily discernible maximum overall heights. Both the crane assembly and operation had to be reported to the Federal Office of Civil Aviation and the two highest cranes equipped with obstruction lights and warning sleeves on the slewing part. Due to the immediate proximity of the construction site to a rail line, all three cranes were also fitted with a working range limitation to comply with the safety requirements of the railroad.

The highest crane, a WOLFF 6031.8 Clear, was initially assembled to a hook height of 81 meters, then climbed and tied to the building twice during the construction process to its final height of 126.5 meters. “Due to the design of the facade elements, the tie-ins could not be attached to the floor slabs as is usual but had to pass through window and door openings to be fixed inside the building,” explains Johannes Eckert, Head of Sales at WOLFFKRAN Schweiz AG. The attachment points of the tie-ins on the building and crane tower had to be precisely determined prior to the crane assembly and the foundation of the WOLFF 6031.8 Clear calculated accordingly. The facades are installed in one go as soon a floor is completed, which is typically every seven days. “The order in which the facade components are installed is thus fixed and a later installation almost impossible,” explains the certified Crane Expert Beni Buchs. “Door and window frames of the affected facade elements have therefore been modified to allow for an installation around the tie-ins.

Contractor Estermann and WOLFFKRAN Switzerland have been working together since many years and are currently also collaborating on the Claraturm mixed-use high-rise and the Baloise Park commercial redevelopment in Basel. “The WOLFFKRAN team brings its vast experience to every construction site and building phase,” says Buchs. “Their detailed planning and reliable advice help us ensure a smooth building process every time.”

Two of the three WOLFF cranes have since been dismantled. The 126.5-meter WOLFF 6031.8 Clear will remain on site until June, relentlessly lifting concrete and facade elements into place in lofty heights. While the last of the 32 floors are still being built, interior work on the lower apartments has already been completed and two-thirds of the 152 units have already been leased.