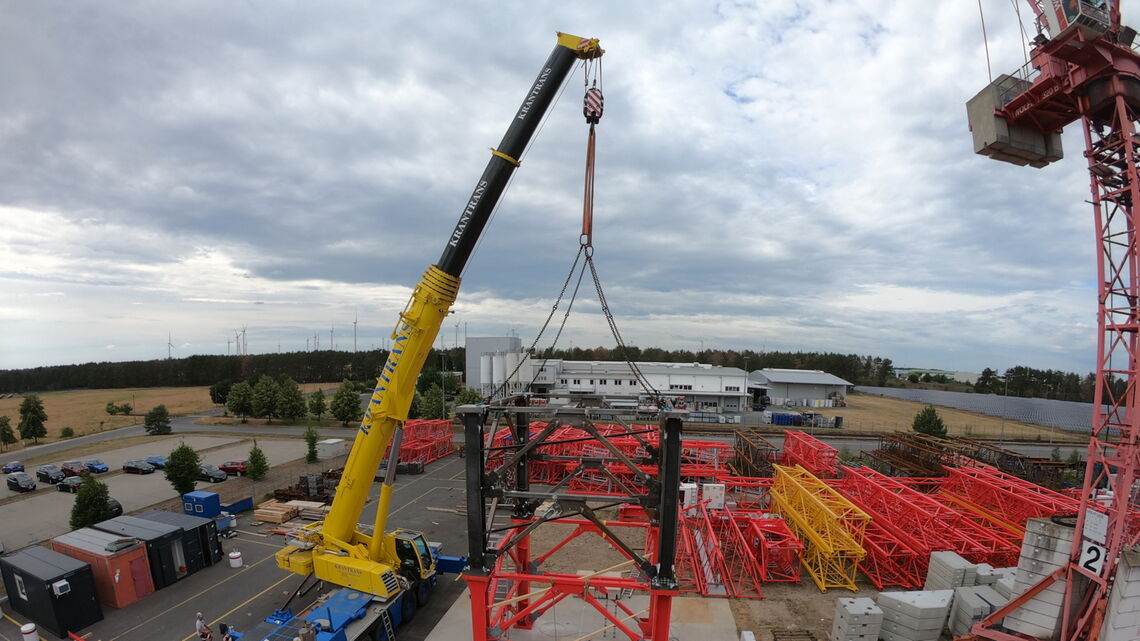 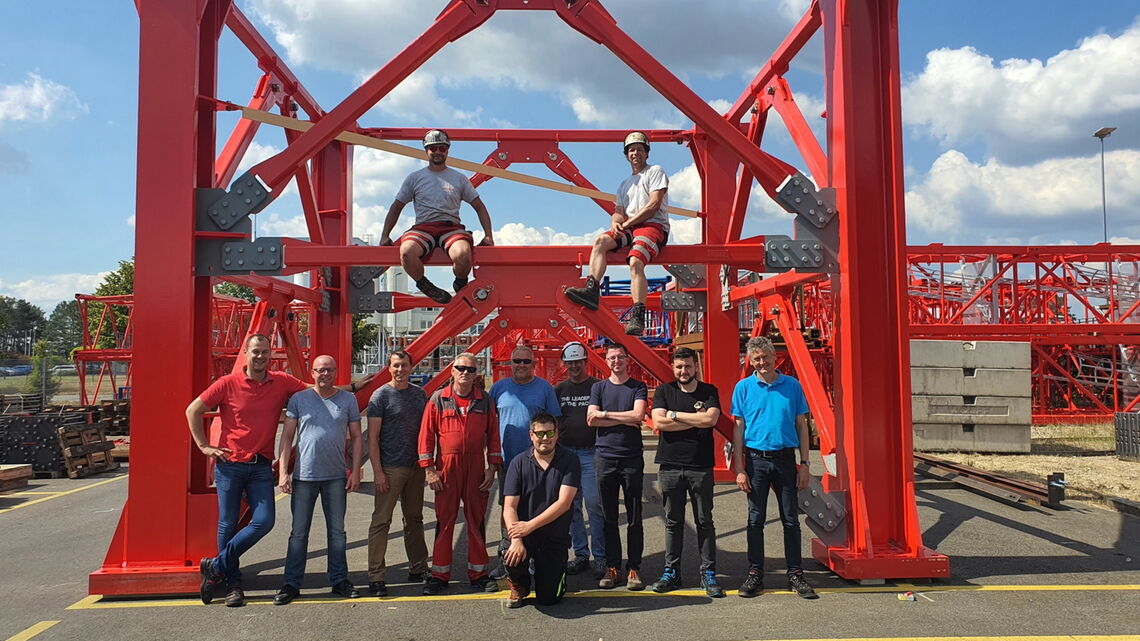 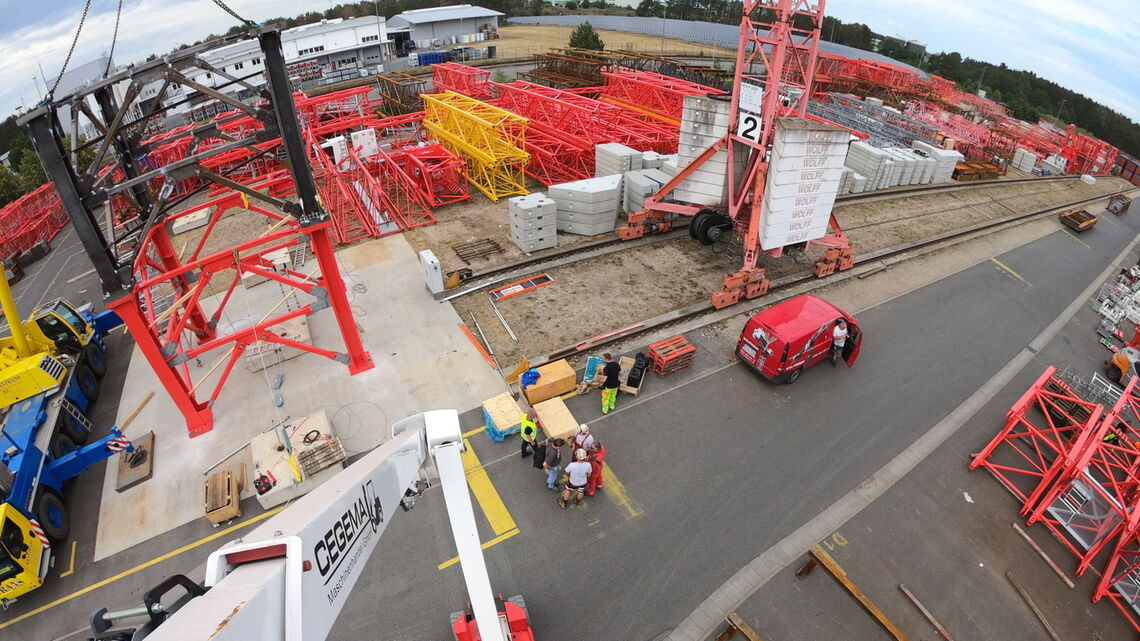 Its footprint could accommodate a boxing ring or a twin-carport: Developed to meet the requirements of the dam project Spitallamm in Switzerland, WOLFFKRAN’s new TV 60 tower element boasts an impressive external dimension of 6 x 6 meters. Installation of the new XXL tower in combination with two WOLFF 1250 B luffers on the high-altitude construction site at the Grimsel Pass is estimated to take place in late summer.

At the beginning of the year, WOLFFKRAN secured the contract to supply the crane concept for the construction of the Spitallamm Replacement Dam at Lake Grimsel, located almost 2,000 meters above sea level. With the crane assembly planned for September, WOLFFKRAN has since been designing, constructing, and welding at full speed to meet the project deadline. Last week, the first two TV 60 tower sections were successfully assembled for test purposes at the WOLFFKRAN production facility in Brandenburg. However, the tight schedule is not the only challenge.

Solid as a rock

"Both WOLFF 1250 B luffers have to be erected with a freestanding tower height of 92 meters, as they can neither be tied to the dam wall nor the surrounding rock face – and this in high alpine terrain with extreme weather conditions", explains Patrick Witteck from the Technical Support Team at WOLFFKRAN and responsible for the development of the new TV 60. "At the same time, they have to lift 16 tonnes at a maximum jib radius of 70 to 80 meters. This would not have been structurally possible using the TV 33, our largest standard tower element with external dimensions of 3.30 x 3.30 meters. That is why we developed the TV 60 for this project." The cranes can thus lift the specified loads without needing any tower-ties, while at time withstand wind speeds of up to 220 km/h in wind zone D50 (acc. to EN 14439) when out of service. "This was decisive as the WOLFF cranes will remain on the construction site throughout the winter," says Witteck.

Despite the sheer dimensions of the tower section, which has to be assembled with no less than 288 screw bolts and 24 pins, the project team placed particular emphasis on making its assembly as

simple as possible. "By using only comparably small M48 and M24 screw bolts, the tightening tools can easily be handled with one hand. Also, the screw bolts for connecting the tower sections are positioned so that no fixed tightening sequence is necessary and they can be handled by one person," says Witteck. WOLFFKRAN estimates an assembly time of about four hours per tower element.

A total of fourteen TV 60 tower sections will be manufactured for the dam project at Lake Grimsel. A new connecting frame VR 3360 has also been developed to combine the TV 60 with the TV 33 tower system, allowing a freestanding tower height of up to 130 meters for the WOLFF 1250 B. The new XXL tower element weighing 28 tons can be disassembled into its individual parts and transported on just 1.5 trucks while also being optimized for transportation in standard sea freight containers.

Its impressive structural strength combined with efficient assembly and transport characteristics make the TV 60 an attractive choice for projects beyond the Swiss Alps: for example, power plant and wind turbine projects or high-rise construction sites where it is impossible or inefficient to tie the crane to the structure.

Two WOLFF 1250 B erected for Dam Project in Switzerland