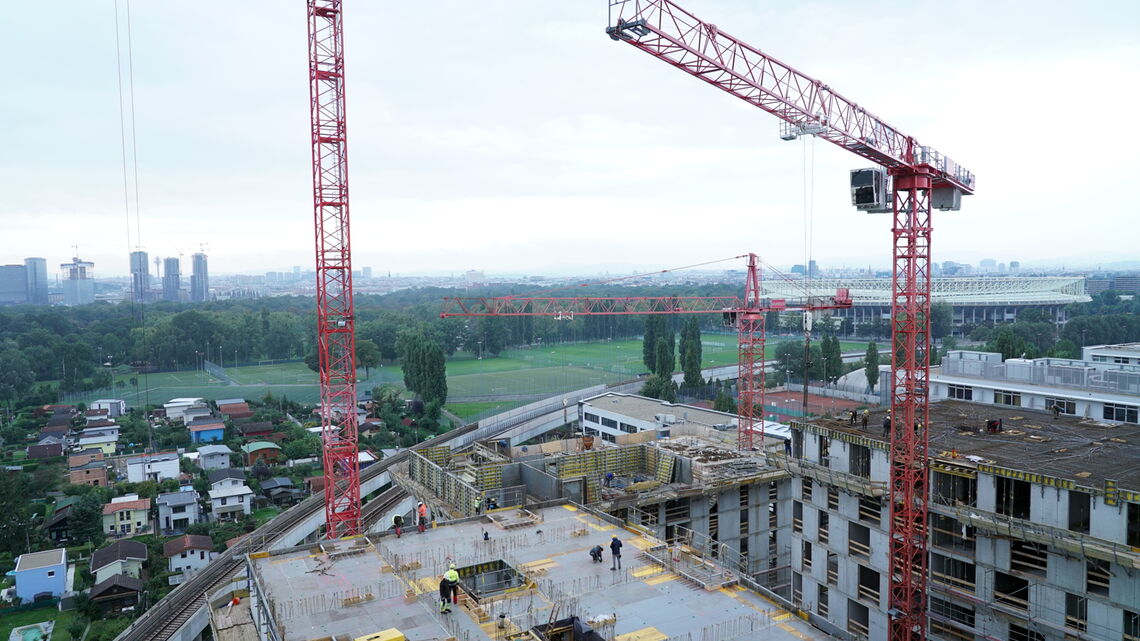 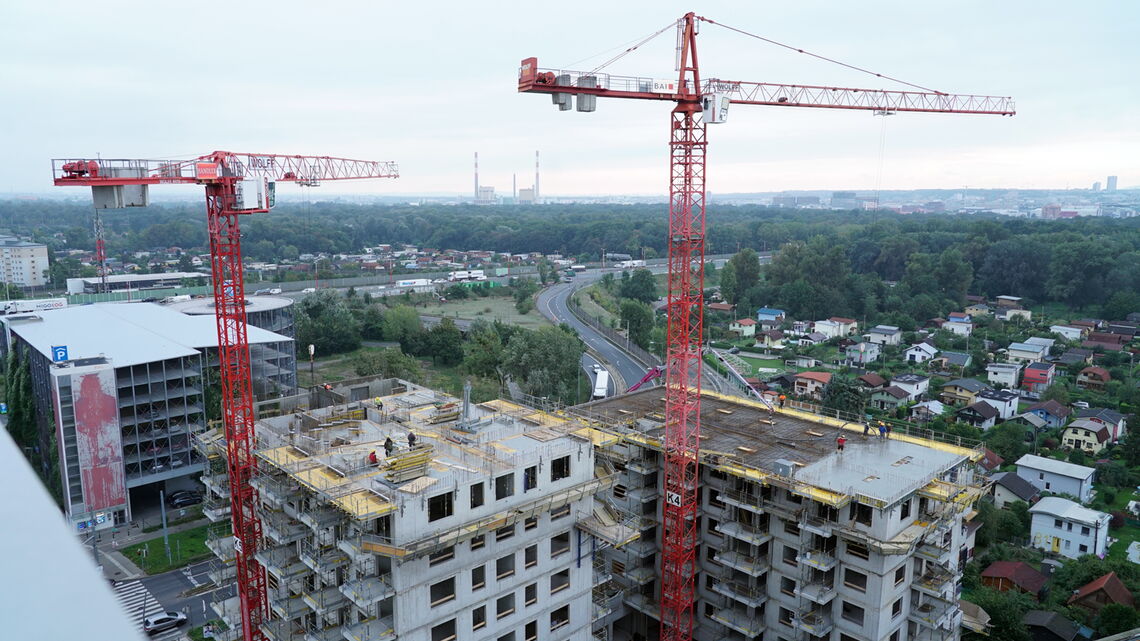 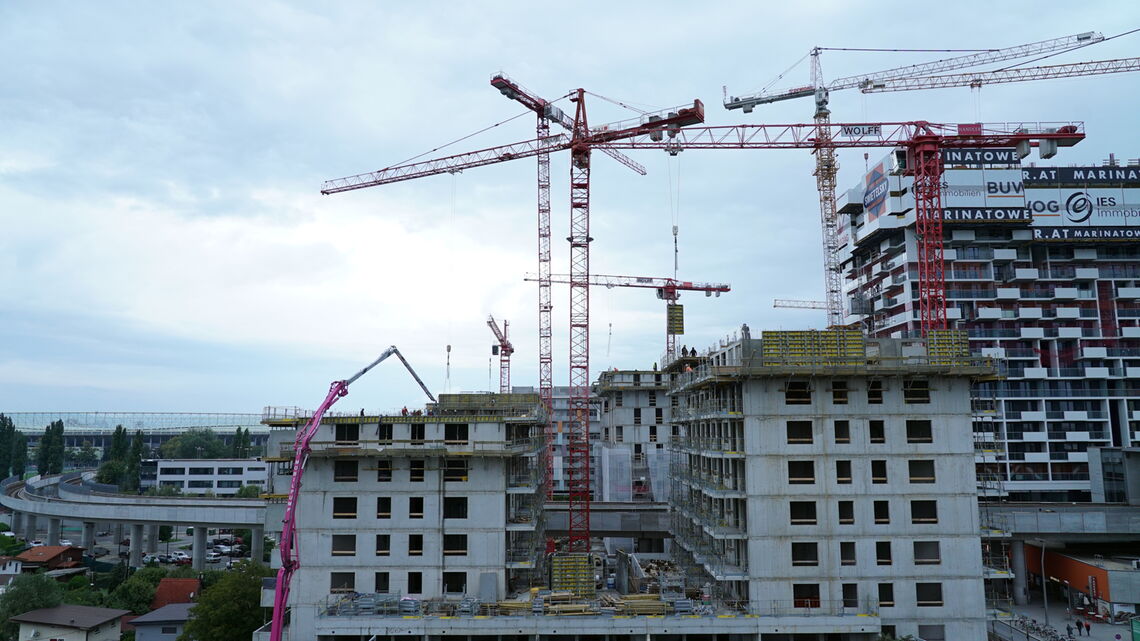 Cranes have been a fixture of the Viennese skyline for many years. In 2020 alone, around 19,000 new apartments are scheduled for completion in the Austrian capital. The “Donaumarina” residential complex, comprising 5 buildings, will feature 400 new rental units plus common areas and underground parking. Handler Bau GmbH, under contract from BAI Bauträger Austria Immobilien GmbH, is using five WOLFF cranes for the job on the banks of the Danube in the Leopoldstadt district.

A WOLFF 6031.8 Clear, a 6020.8 Clear, a 6015.8 Clear and two 5520.6 Cross cranes have been in operation on the Donaumarina site since the end of last year, primarily for concreting work and hoisting of prefabricated parts. The highest crane, a freestanding WOLFF 6031.8 with hook height of 82.5 meters was erected on foundation anchors using a 350-meter mobile crane. Its load capacity of 8.5 tonnes and lifting speed of up to 115 m/min allowed the remaining crane ensemble to consist of smaller WOLFF cranes with lower tower heights.

On top of that, the location of the site presented numerous other challenges for the crane concept from the get-go. The experience and competence of WOLFFKRAN’s technical consultants proved to be particularly valuable with regard to regulations prohibiting the overslewing of an adjacent above-ground metro line and a highly secured Jewish nursing home.

Nothing left to chance

“On the north side, there is another construction site with three tower cranes, two of whose jibs slew over our site,” explains Martin Rothaler, Sales Executive at WOLFFKRAN Austria. During the site inspection, Rothaler and his team therefore not only evaluated the condition of the job site but also included the crane concept of the neighboring site in their planning. “Since we noticed discrepancies in the stated hook heights, these had to be clarified with the neighboring team in order for the two crane fleets to work side-by-side seamlessly,” says Rothaler.

“As usual, the construction schedule was very tight. We only had about four weeks between our inquiry to WOLFFKRAN and the assembly of the cranes,” explains Construction Supervisor Andreas Urbauer of Handler Bau GmbH. “In spite of that, WOLFFKRAN delivered a concept that is not only efficient and economical, but also thought through to the smallest detail. We really appreciate that kind of precision,” says Urbauer.

Handler and WOLFFKRAN Austria not only share red as their company color but also many years of successful collaboration. Currently the two companies are working together on the “Wohnquartier Mühlbach Ost” in St. Pölten. Past projects include the “HoHo Wien”, a striking wooden high-rise in the lakeside Seestadt Aspern complex.