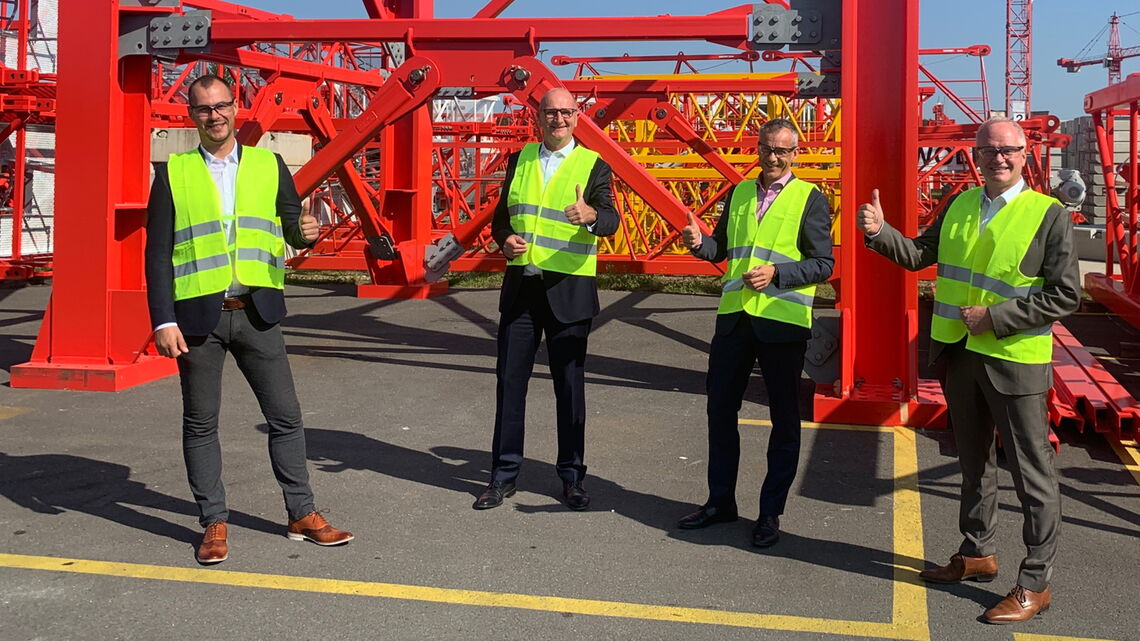 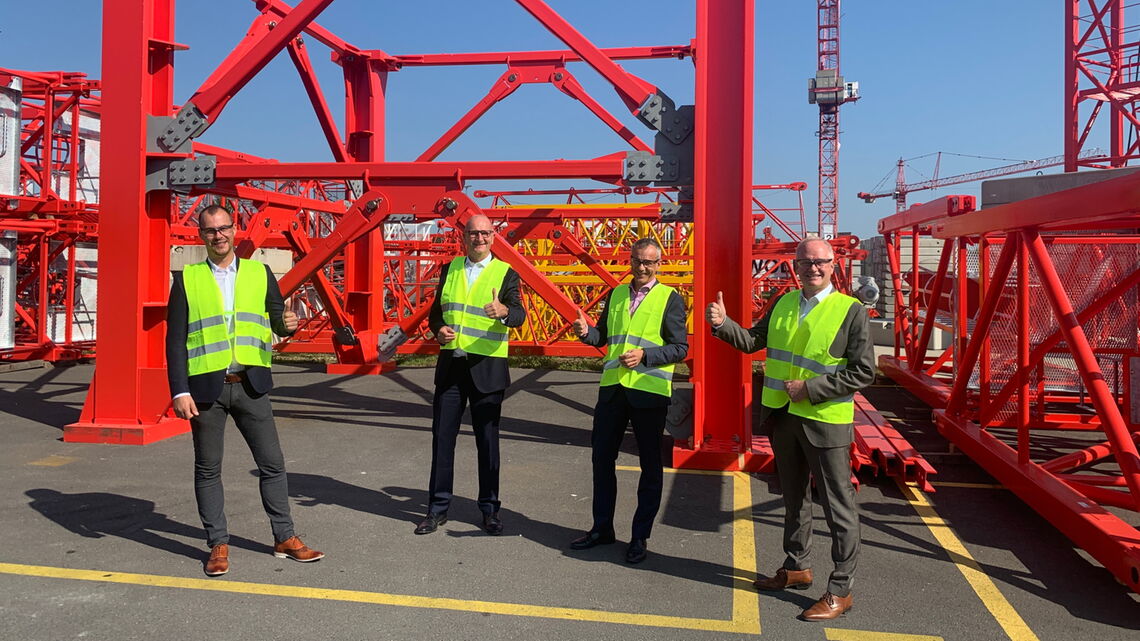 Distinguished visitors at the WOLFFKRAN Plant in Brandenburg

On Monday, the Minister President of the State of Brandenburg, Dr. Dietmar Woidke, visited the WOLFFKRAN plant in Luckau. He was accompanied by the mayor of Luckau, Gerald Lehmann.

The Minister President visited several companies in the region to find out about the current economic situation, also with regard to the corona pandemic. "The WOLFFKRAN production site in Luckau has so far come through the crisis without any problems and without short-time working, and continues to produce at full capacity", explained plant manager David Zelder. " We also want to invest during these times and will further improve the productivity and ergonomics of the existing production facilities", WOLFFKRAN COO Ralf-Dieter Koch announced.

Guests were given a tour of the plant, which opened in 2008 and currently employs almost 200 people, including five trainees, and manufactures the entire range of WOLFF Clear cranes for customers throughout the world. At the end of the tour, David Zelder and Ralf-Dieter Koch proudly presented the new WOLFF 235 B luffing jib crane to their guests. Woidke and Lehmann were equally impressed by the new XXL tower element TV 60 with an exterior dimension of 6 x 6 meters, that was developed in Luckau specifically for the Spitallamm Dam Project in the Swiss Alps.