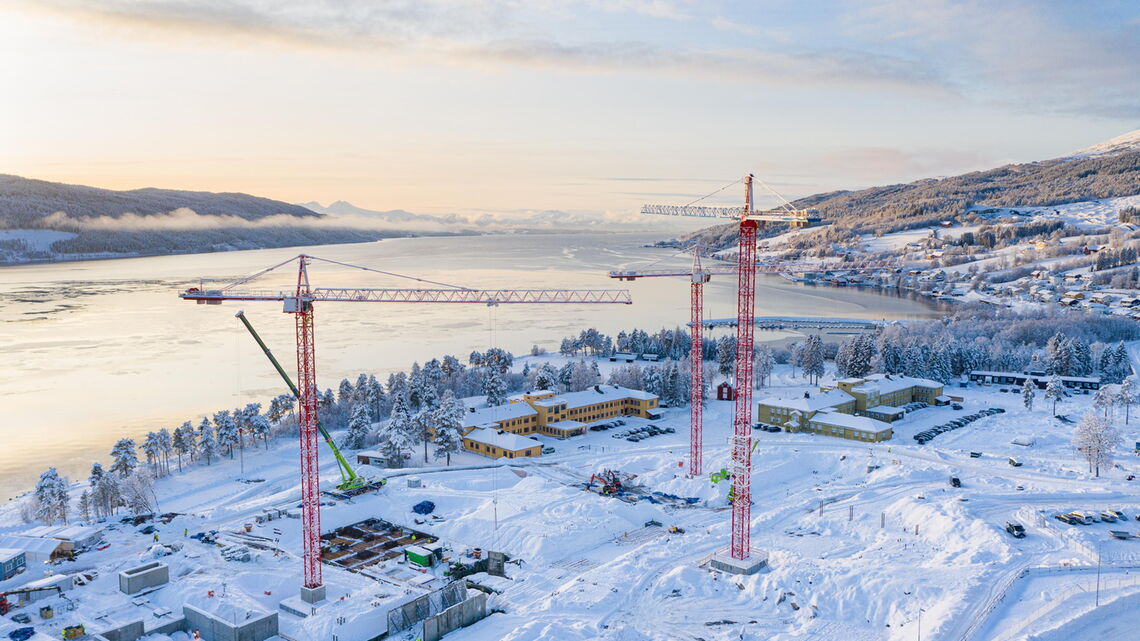 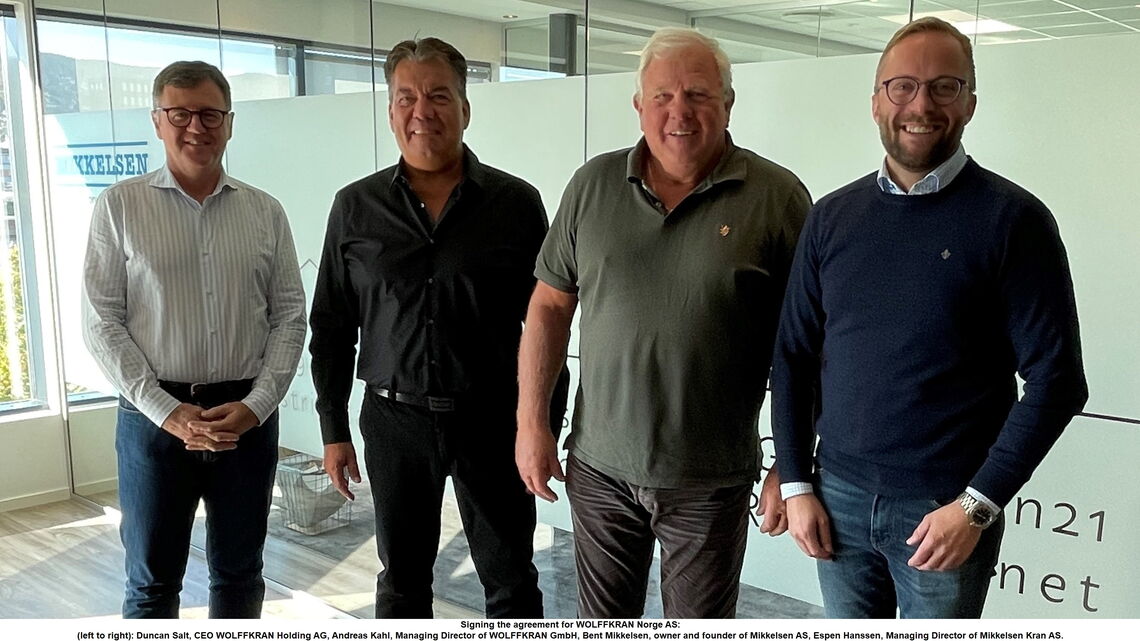 Kick-off project for WOLFFKRAN Norge AS in Norway

Baar/Drammen – February 2022. The red WOLFFs are heading north. WOLFFKRAN Holding AG and Norwegian Mikkelsen AS have established the joint venture WOLFFKRAN Norge AS. Going forward, the two partners will be offering sales and rental of WOLFF tower cranes in the Norwegian market. While still in the founding phase, the new tower crane company had already secured its first order to deliver three cranes for a large project in Molde.

Espen Hanssen, Managing Director of Mikkelsen Kran AS, will also run the day-to-day business of WOLFFKRAN Norge AS, headquartered in Drammen, located 40 kilometers southwest of Oslo. "The concentration of our combined efforts as WOLFFKRAN Norge AS makes us more competitive and helps us increase market share across the country," says Hanssen.

Mikkelsen – A veteran of the industry

Bent Mikkelsen, founder and owner of Mikkelsen AS, has been in the Norwegian crane and transportation business for more than 50 years. The joint venture sees Mikkelsen returning to the tower crane business, positioning itself as a one-stop service provider for lifting and transportation services. "We are very proud of collaborating with a technological leader like WOLFFKRAN. We know each other well and look forward to building a state-of-the-art tower crane business in Norway together," says Mikkelsen.

For WOLFFKRAN, the alliance is an important step in opening up a new market with a growing demand for big tower cranes with high load capacities. "The joint venture brings together two leading companies, each with their respective strengths. Together we can provide excellent tower crane solutions with all associated services to customers. We are very much looking forward to working with Mikkelsen and bringing new momentum to the Norwegian market," says Duncan Salt, CEO of WOLFFKRAN Holding AG.

Three WOLFF cranes for a project in Molde seal the partnership

Before the ink on the agreement had dried, WOLFFKRAN Norge AS was awarded its first contract: The delivery of three WOLFF 8033
Cross cranes for contractor HENT AS for a new hospital in Molde. This large-scale construction project will mainly be built using prefabricated parts weighing up to seven tonnes. "An ideal job for the WOLFF 8033 cranes with tip load capacities of 8.1 and 7.8 tonnes at 55 meters," explains Hanssen. "We only needed three cranes to cover the entire 54,000 sqm site." All three cranes have already been erected and will remain on site until mid-2023. Two more WOLFF cranes will be used in spring on Gregers Kvartal residential project in Oslo.