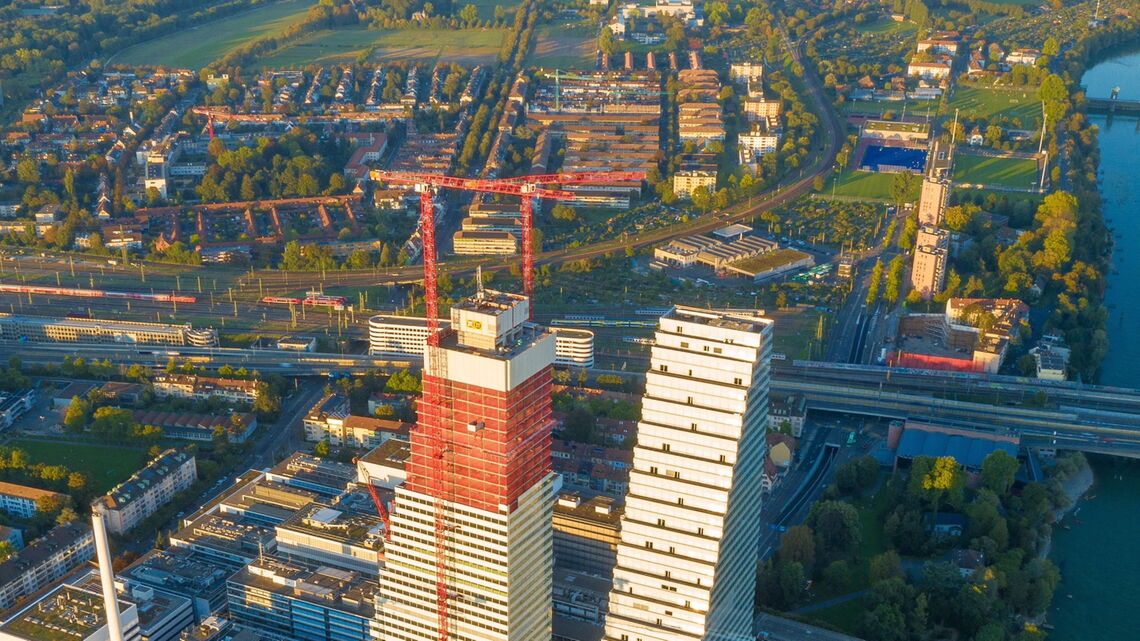 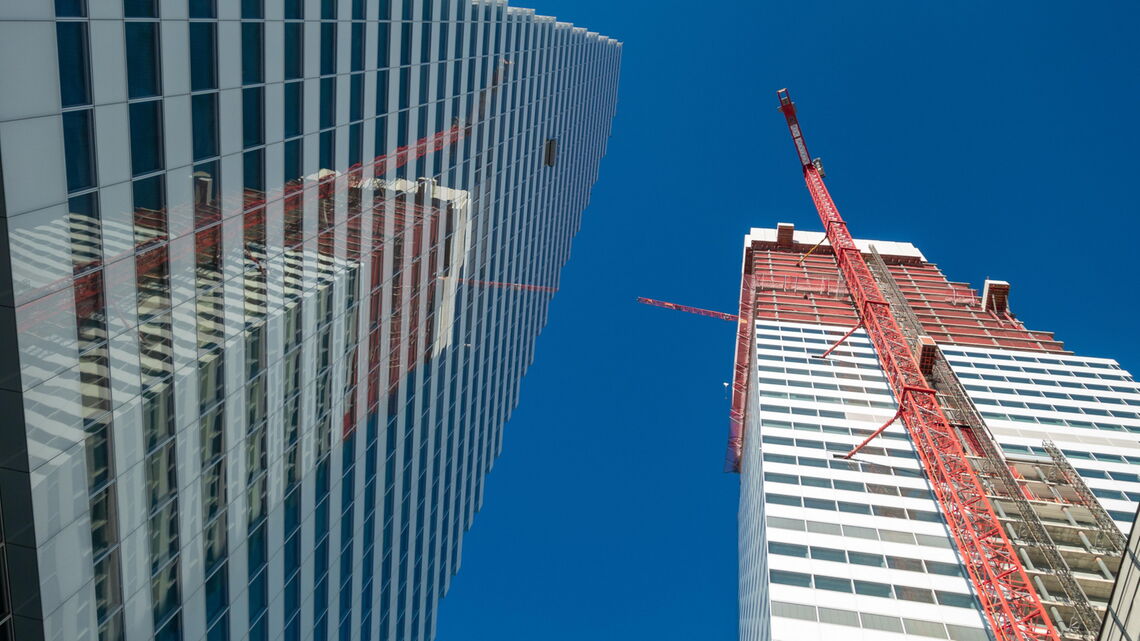 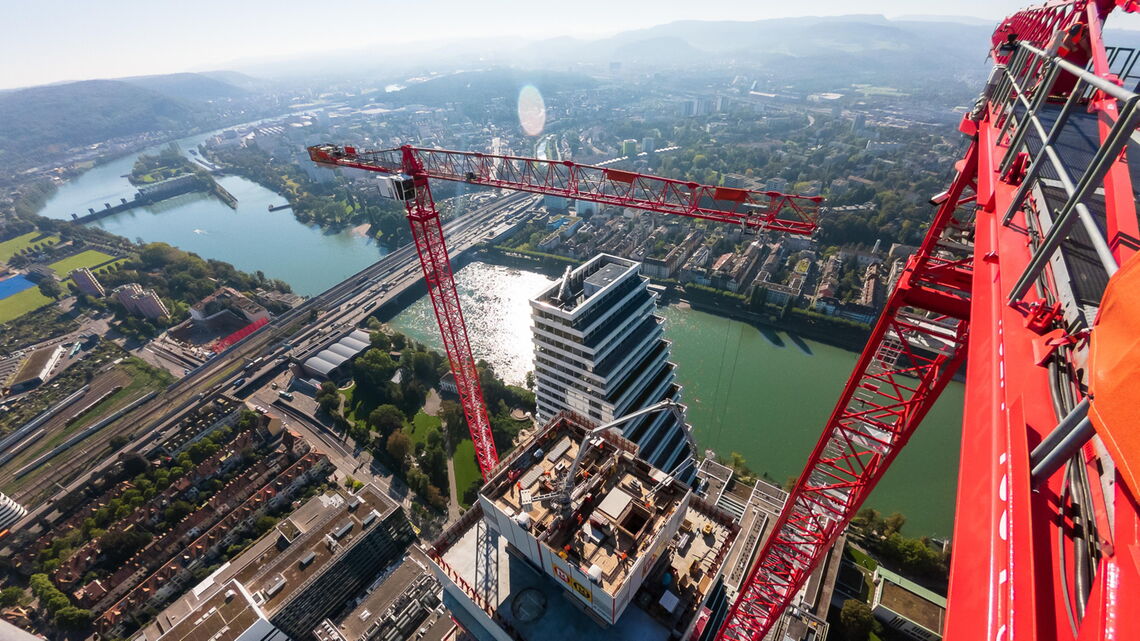 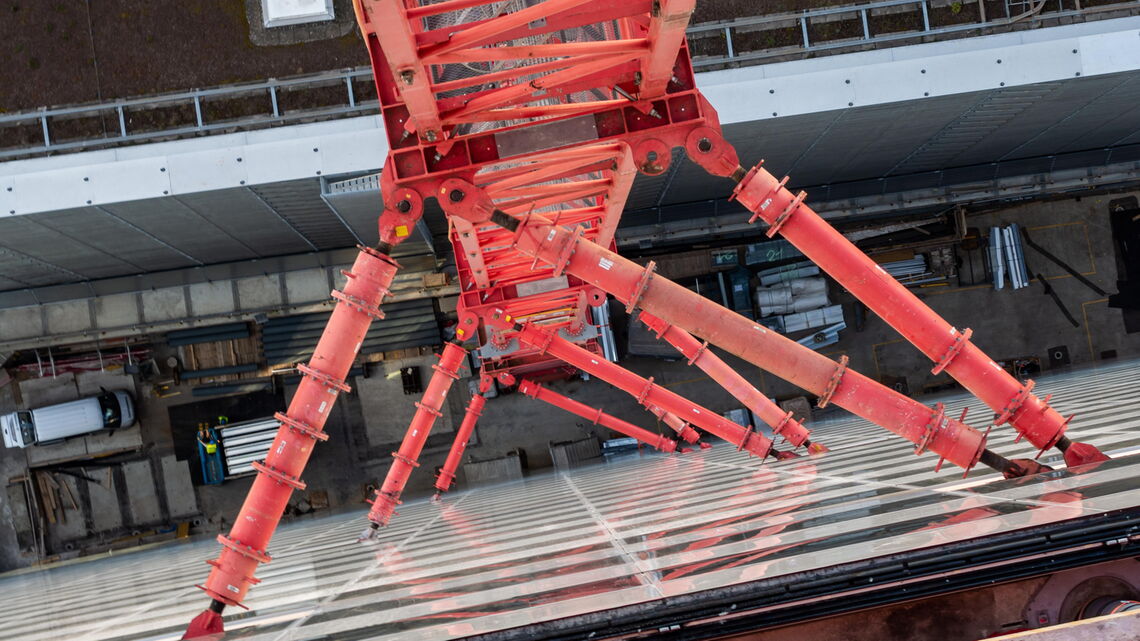 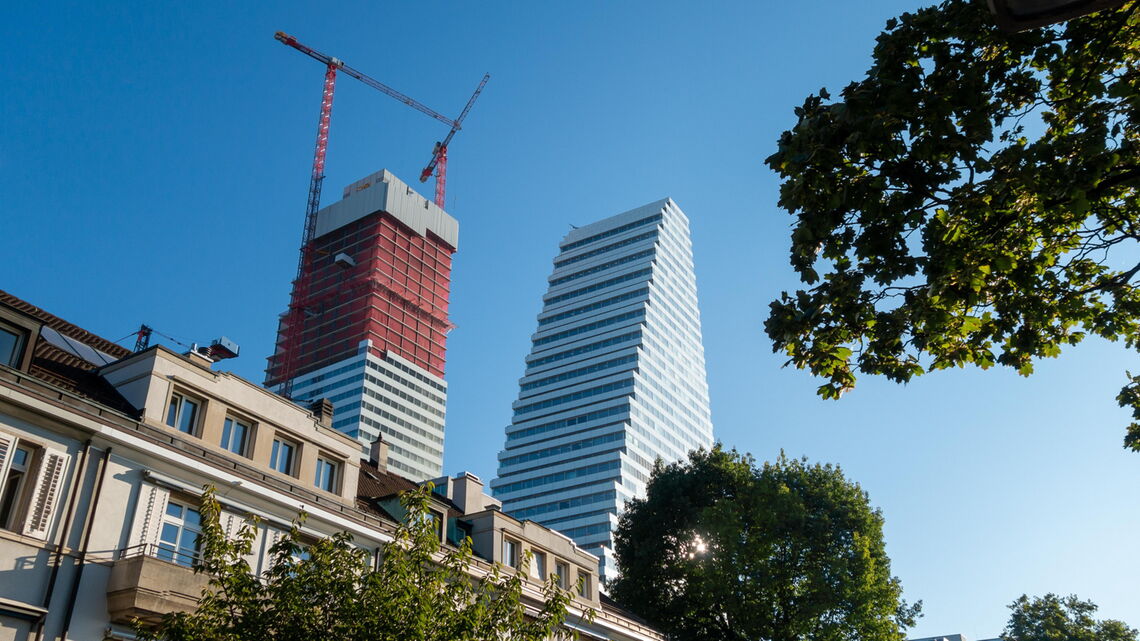 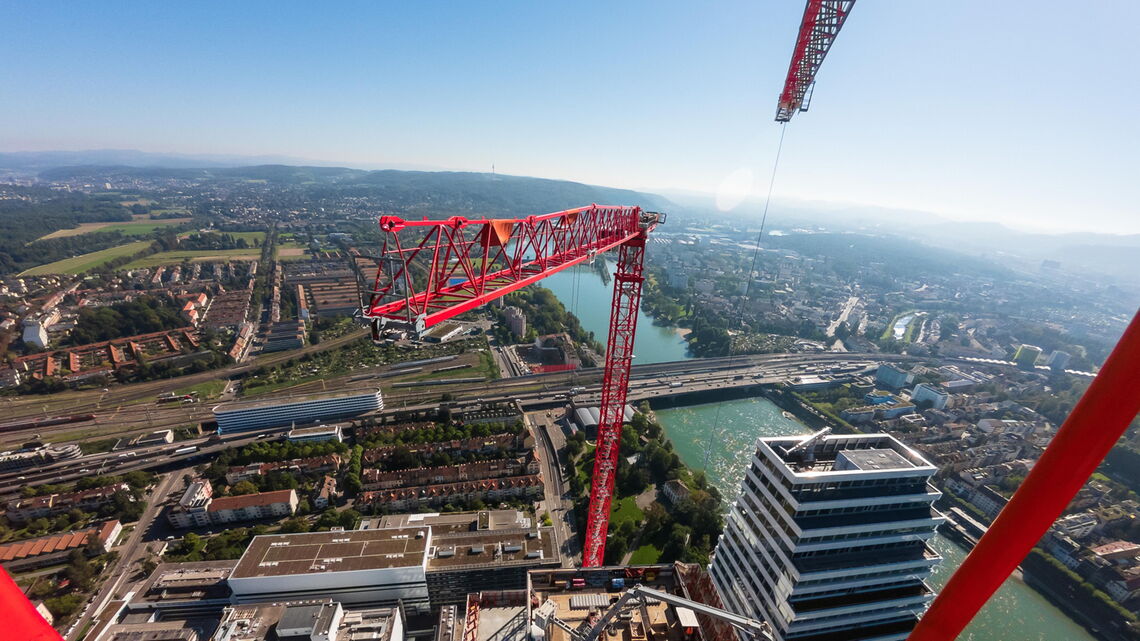 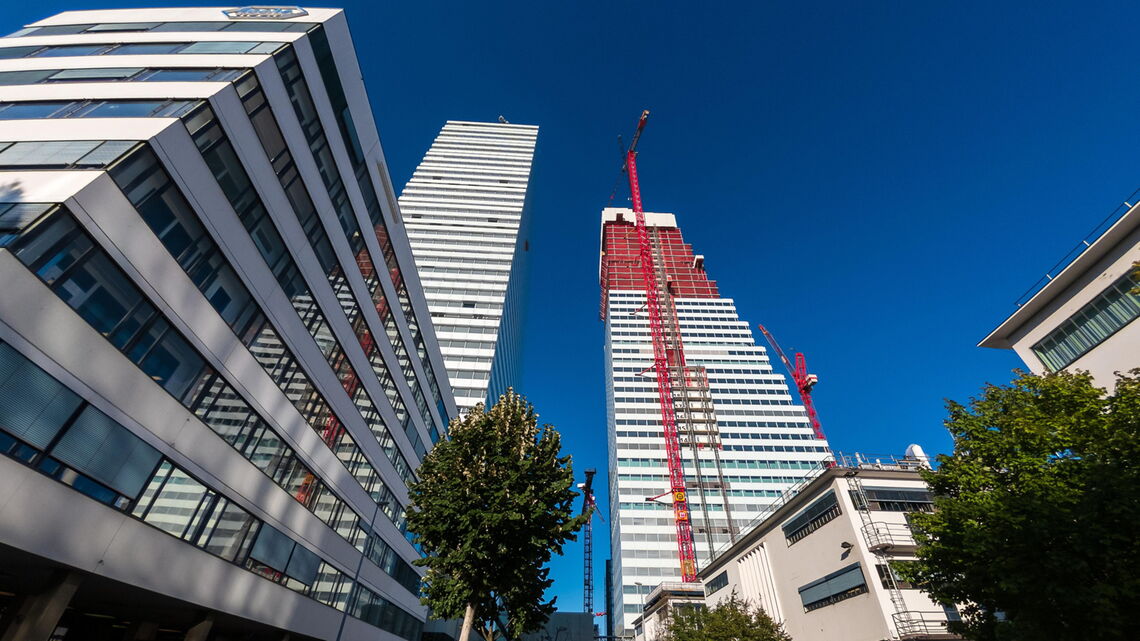 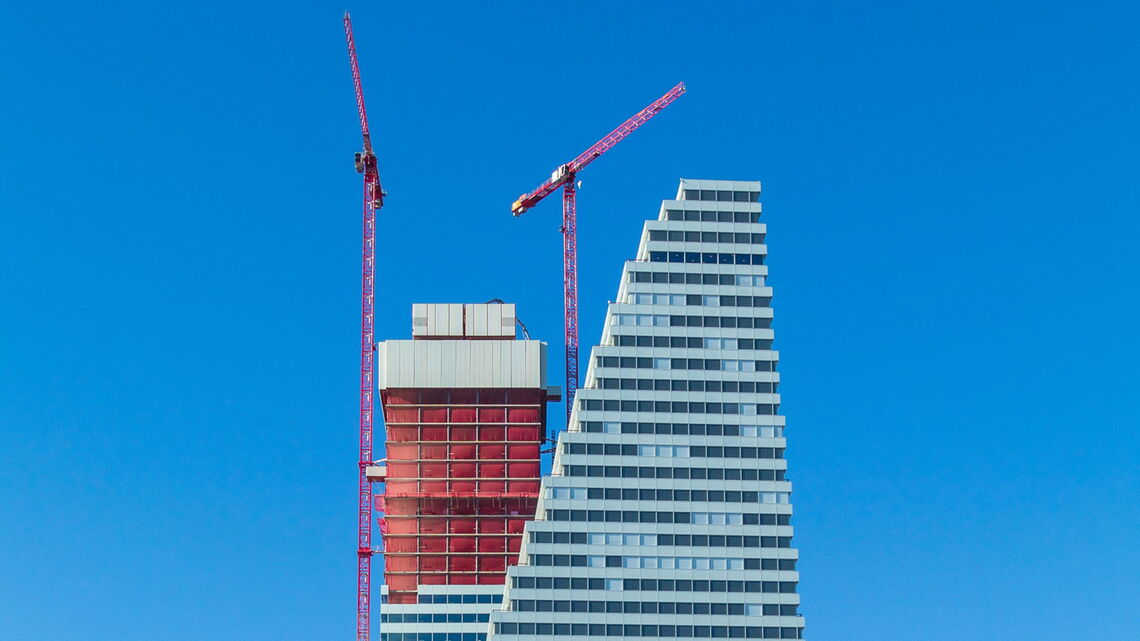 In September the two WOLFF 7534.16 Clear cranes at the Roche Building 2 in Basel reached their final tower heights of 228 and 227 meters. This makes them the highest tower cranes ever erected in Switzerland to date. A record that is shared by Roche’s new office high-rise which will be Switzerland’s tallest building at 205 meters. The two flat-top cranes are joined by a WOLFF 224 B luffing jib crane. The three WOLFFs are in operation on the construction site located next to the River Rhine on behalf of Marti AG.

The two WOLFF cranes were erected on foundation anchors with initial tower heights of 65 meters and 56 meters on the confined construction site in Basel already back in 2018. After completion of the three basement levels, the building began rising upwards floor by floor starting in 2019. The cranes were climbed alongside the building in seven stages to their final tower heights of 227.8 meters and 226.8 meters and tied to building four times each.

At present, the new Roche Tower has already overtaken its "older brother", the 41-story tall Building 1 across the street. The new 50-story Building 2 is scheduled to reach its final height of 205 meters in the next few weeks. Until then the two WOLFF 7534.16 Clear cranes with lifting capacities of 16.5 tonnes will continue to lift precast reinforced concrete components and reinforcing steel, of which a total of 13.000 tonnes were used in the building process.

With the Roche Building 2 in Basel, WOLFFKRAN has been involved in the construction of Switzerland’s tallest building for the third time in a row. Contractor Marti AG already relied on WOLFFKRAN’s products and expertise for the construction of the 178 meter tall Roche Building 1 completed in 2015 and the 126 meter tall Prime Tower in Zurich completed in 2011.